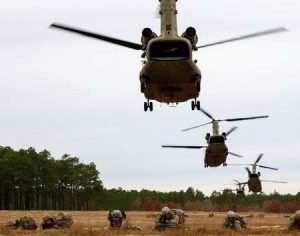 The two fire-breathing dragons, China and North Korea, are long time allies. During the Korean War, 1950-1953, China supplied soldiers and supplies to North Korea. They have continually signed agreements to protect each other against enemy attacks. China buys a vast amount of exports from North Korea. North Korea is very dependant on China for supplies. In recent times, it appears that China put sanctions on North Korea to halt their nuclear program. Of course, this may just be a propaganda front to deceive their enemies. Meanwhile, North Korea continues to march toward war by enhancing its military technology. China and North Korea both consider the United States and Israel to be their enemy.

Generals Warning to Prepare for War

Generals are warning the United States government that we need to be ready for war with North Korea. General Milley reminded those in a meeting about disastrous results in past battles when the United States military was not properly prepared for war. In the Battle of the Kasserine Pass during World War II, the American troops were unprepared. In 1950, Task Force Smith was mauled by North Korean troops.

Revelation 16:12-16 “And the sixth angel poured out his vial upon the great river Euphrates; and the water thereof was dried up, that the way of the kings of the east might be prepared. And I saw three unclean spirits like frogs come out of the mouth of the dragon, and out of the mouth of the beast, and out of the mouth of the false prophet. For they are the spirits of devils, working miracles, which go forth unto the kings of the earth and of the whole world, to gather them to the battle of that great day of God Almighty. Behold, I come as a thief. Blessed is he that watcheth, and keepeth his garments, lest he walk naked, and they see his shame. And he gathered them together into a place called in the Hebrew tongue Armageddon.”

The Devil and his two evil cohorts will send evil spirits to lead the kings of the East and the rest of the world into war against Israel. These evil spirits are devils, also known as fallen angels. The enemies of God will be deceived by miracles performed by these rebellious angels.

Just because a miracle happens, it does not mean that God is performing the miracle. Miracles must be tested against the truth of God’s Word.

These future, devilish miracles will convince the enemies of God and Israel to follow the evil angels. The enemies of God will fall prey to the strong and mighty jaws of the Lion of the Tribe of Juda, Jesus.

Enemies of God Robbed of Victory Over Israel

The Church will be caught up in the Rapture before the seven-year Tribulation begins. Jesus will come as a thief in His Second Coming at the end of the Tribulation. The enemies of God will be caught by surprise. Israel will be rescued by King Jesus when it seems that all is lost.

Preparing for US North Korean War

Battle of Armageddon and Syria

Russian ship with helicopters for Syrians