It never ceases to amaze me how crafty the devil is to undermine the security of Israel and Jewish people worldwide. There is an under current, an embedded unjust hatred of God’s Chosen People the Jews circulated among so-called Peace Activist. As far as we are concerned, there is no difference between there ungodly verbal tactics and the terrorist they appear to side with. They are surely ledgimatizing them however you slice it.  These “Peace-Green” companies are taking more active roles these days in attacking Israel while aiding terrorist goals for the destruction of Israel. They are doing this without any government intervention or political protest. Sadly the British have a terrible history of being anti-semitic and anti-Israel for many years. They reneged on the  Balfour Declaration 1917:

“His Majesty’s government view with favour the establishment in Palestine of a national home for the Jewish people, and will use their best endeavours to facilitate the achievement of this object, it being clearly understood that nothing shall be done which may prejudice the civil and religious rights of existing non-Jewish communities in Palestine, or the rights and political status enjoyed by Jews in any other country”

because of the Big Oil States in the Middle East, and ever since, Britain has been under the curse of God. I heard that they are building more Mosques than Churches, and that there is a spiritual darkness upon the land. The current riots in London speak volumes of a society gone spiritualy and morally bankrupt. Though there still are voices for a pro-Israel stand, they are outnumbered by the louder voices of the Islamic  &  Peace Movements;  the Islamic movement in particular is slowly but surely taking over Europe from within. Any Nation that seeks to go against Israel,  according  to the Bible, will be under the curse of Almighty God:

(Genesis 12:1-3)  Now the LORD had said unto Abram, Get thee out of thy country, and from thy kindred, and from thy father’s house, unto a land that I will shew thee: And I will make of thee a great nation, and I will bless thee, and make thy name great; and thou shalt be a blessing: And I will bless them that bless thee, and curse him that curseth thee: and in thee shall all families of the earth be blessed. 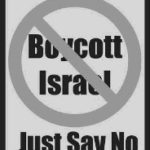 A SERIOUS ISSUE FOR THE MAINSTREAM, PRO-PEACE PUBLIC

StandWithUs is deeply disturbed that the UK-based parent company of LUSH Cosmetics is promoting an extremist, anti-Israel group, War on Want (WoW), as one of its “ethical campaigns.”

We hope that as supporters of peaceful coexistence, you will decide to stop buying LUSH products until LUSH reverses this policy or at least until LUSH’s North American subsidiary publicly distances itself from this campaign. We also hope that you will urge your family, friends, and community to do the same until LUSH’S-UK stops supporting WoW and ends its involvement with campaigns that harm Israel and the peace process.

On its website, LUSH expresses pride about being “dynamic, original and progressive.” If the company looked more carefully at Israel, it would learn that Israel stands out as one of the most progressive, environmentally conscious nations in the world.

Please read the material below for more information.

LUSH is a UK cosmetics company that was incorporated in 1994 and promotes its products as luxury, vegan, and eco-friendly. Today it has 600 stores in 43 countries, including a North American division.

The company started campaigning publicly on a laundry list of environmental, animal, and human rights issues in 2006.

Unfortunately, LUSH’s parent company, located in the UK, has chosen to promote the “OneWorld–Freedom for Palestine” song project. The lyrics are anti-Israel propaganda. One World hopes the song will top the music charts. Proceeds from the sales of the song will all go to WoW. (http://www.lush.co.uk/articles/our-ethical-campaigns/oneworld_100-10285_10.html)

WoW is a UK charity that has been investigated by the UK Charities Commission because of its anti-Israel positions and anti-Semitic imagery. It has been a leader in the propaganda campaign to demonize Israel through the Boycott, Divestment, and Sanctions movement, and it supports the propaganda and agenda of groups like Hamas.

WoW demands that Israel take down its security fence, end the Gaza naval blockade, and accept the Palestinians’ “right of return,” which in essence denies Israel’s right to exist and calls for its destruction through demographic changes.

Lush-UK simply copied and pasted WoW’s accusations against Israel onto its Web page on “ethical campaigns—One World” located here (http://www.lush.co.uk/articles/our-ethical-campaigns/oneworld_100-10285_10.html). They are identical to those on WoW’s “Justice for Palestine” Web page (http://www.waronwant.org/campaigns/justice-for-palestine).

What You Can Do

· Tell your family, friends, and community to buy their soap and cosmetics elsewhere until LUSH-UK drops this campaign or until LUSH North America formally distances itself from its parent company’s policies. Instead, choose from the wide array of Israeli-made beauty and bath products.

· Write a letter to LUSH. Tell it to stop supporting one of the uglier campaigns of our time–the “Hate Israel” movement. Let LUSH know that you and your community will not be able to purchase LUSH products until the company severs all ties with promoters of this campaign. A sample letter is included below.

E-mail your letter to the LUSH press office and the LUSH charity office, or call them to let them know you can no longer support Lush. When you e-mail your letter, please blind copy info@standwithus.com.

I have enjoyed using Lush products for many years, but I recently learned that your parent company in the UK is supporting and promoting extremist groups that consistently undermine hopes for peaceful coexistence in the Middle East. Instead, the groups that LUSH is affiliated with, like War on Want, (WoW) promote hatred against Israel and act as apologists for terrorism. I urge you to sever all ties with War on Want and other groups that single out and target the Israeli people for collective punishment in hostile campaigns like the boycott movement.

Your support of these efforts reflects poorly on your judgment and casts doubt on your claims about the quality of your products and on your other political causes.

I urge you to better educate yourselves about the complex issues in this conflict.

Until your company severs ties with extremist groups, and until LUSH-North America publicly disassociates itself from such campaigns, I cannot continue to buy LUSH products and will urge my family, friends, and community to stop purchasing them as well.

YOUR NAME, ADDRESS, AND PHONE NUMBER

The company has opened a new store in the large Outer London shopping centre Brent Cross, as reported by Richard Millett on his blog: http://richardmillett.wordpress.com/2011/07/20/anti-israel-lush-opens-in-brent-cross/

The Lush website contains a number of falsehoods concerning Israel and the Palestinian Arabs:
http://www.lush.co.uk/articles/our-ethical-campaigns/oneworld_100-10285_10.html

As the UK Zionist Federation observes, it would be worth refuting some of these, in complainants’ own words. As mentioned in the second of my two posts cited above, blogger Edgar Davidson contacted the company as soon as he became aware of its mischief, and his example is worth following.

For instance, Lush claims: “Israel’s siege of Gaza has condemned its 1.5 million inhabitants to levels of poverty more commonly associated with sub-Saharan Africa – a humanitarian disaster with no end in sight.”

In fact, as recently as April this year he International Committee of the Red Cross declared that there is no humanitarian crisis in Gaza http://www.haretz.com/news/diplomacy-defense/red-cross-official-gaza-isn-t-experiencing-a-humanitarian-crisis-1.357268

As with any population, Gazans form a mixed socio-economic group, and while there are undenianly poor people there, the more affluent are also very much in evidence, as witness the shopping malls that have been recently opened, where luxury goods are among the merchandise. http://gulfnews.com/news/region/palestinian-territories/biggest-mall-in-gaza-strip-opens-its-doors-1.840744

Food and other provisions are plentiful at the markets, and thousands of tons of supplies are conveyed into Gaza from Israel weekly:
http://www.mfa.gov.il/MFA/HumanitarianAid/Palestinians/Humanitarian_and_Civilian_activities_towards_Gaza_Strip_June_monthly_report_2011.htm

As for the West Bank, it receives the second highest amount of economic aid in the world:
http://www.nationmaster.com/country/we-west-bank/eco-economy
In fact, the West Bank economy is one of the fastest-growing economies anywhere on earth.

It will come as a surprise to Lush, but the life expectancy of the average Gazan is longer than that of the average Glaswegian:
http://www.channel4.com/news/articles/society/health/factcheck+glasgow+worse+than+gaza/2320267.html

The Lush website notes:“A third generation of Palestinian children is now being brought up in refugee camps inside and outside Palestine”.

Surely it should be pointed out to the company that the Arab nations have done nothing to help these people, who they have cynically used as pawns for the past 60-odd years. Perhaps Lush could direct its indignation at the Arab governments, and suggest to them that they help the children whose plight they so unfairly lay at Israel’s door. Whereas Israel successfully integrated the hundreds of thousands of Jewish refugees made homeless by Arab states, the far richer Arab regimes made no effort to integrate the Arabs who left Palestine.

And then, trotted out on the Lush website is the familiar trope “All the above actions are illegal under International Law”

They should be informed that (unlike Hamas, which has never permitted the Red Cross access to Gilad Shalit and which terrorises its own people) Israel adheres fully to the tenets of the Geneva Convention.
Perhaps Lush can be asked why it fails to demand that Hamas cease its persecution of gays, its increasing repression of women, and its habit of firing Qassams at civilian targets inside Israel. Needless to say, Lush is unconcerned with the fact that the Hamas Charter that calls for the destruction of Israel and the slaughter of Jews wherever they live.

Lush should also be informed that far from being a counterpart to Apartheid South Africa, as insisted by the One World campaign that Lush promotes, Israel’s minorities enjoy more rights than do the mass of citizens elsewhere in the region who are clamouring for democracy, the form of government that has prevailed in Israel since its foundation in 1948. Israel, Lush should be informed, was the first country in the Middle East in which Arab women were able to vote; there are Arab members of the Knesset; an Arab sits on the Israeli Supreme Court, and if they wish Arab citizens of Israel can serve in the IDF.

Moreover, there is complete freedom of worship in Israel, and the Bahai, so terribly maltreated in Iran where the Bahai faith began, have their world headquarters in Haifa. 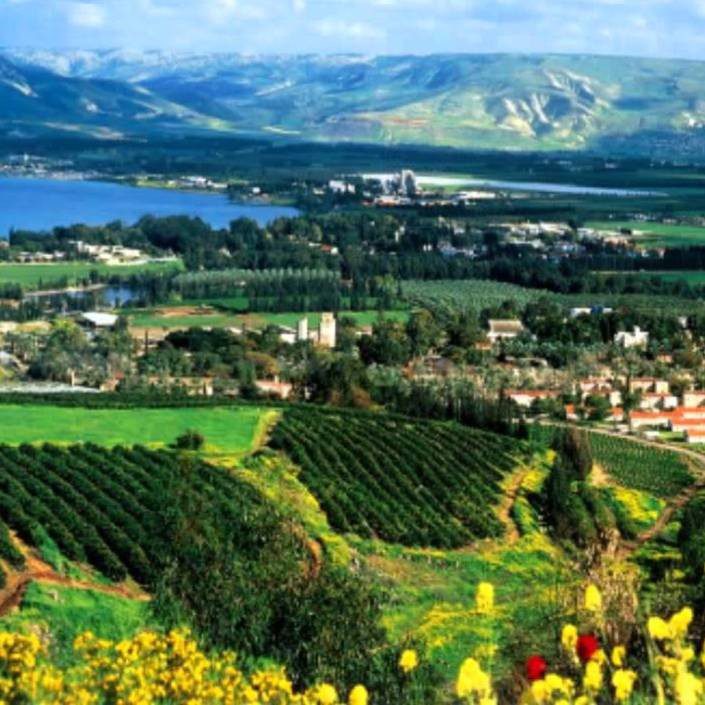 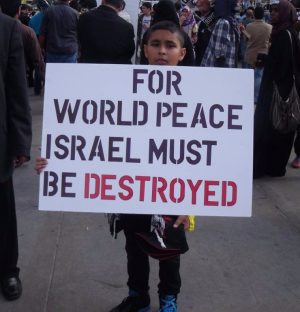