Thanksgiving A Jewish Thank You

People all over the world need to say thank you to the Jewish people. The Jewish people are very beneficial and helpful to others. They have contributed many inventions and works to the benefit of mankind.

Thank you to the Jewish people who invented lasers. Albert Einstein laid the foundation for lasers. A Jewish, American physicist, Theodore Maiman, fired the first working laser. Russian, Jewish scientist, Zhores Alferov won a Nobel Prize in 2000. His invention led to a laser that allows the transfer of vast amounts of information from satellites to Earth. Zhores’ invention also made it possible to have so many telephone lines between cities. Many other Jewish scientists continue to work on modern lasers. Lasers are used in DVD players, barcode scanners, laser surgery and welding materials. The Military uses lasers to mark targets, measure speed and set range. (1)

Thank you to the Jewish people who work in the medical field. Jewish, American cardiologist, Paul Zoll, helped develop the cardiac pacemaker and defibrillator. (2)

Thank you to the Jewish people for stainless steel. In 1893, German, Jewish, chemist, Hans Goldschmidt, developed the process for producing carbon-free chromium. This has led to stainless steel, which is used in many modern applications including: kitchen appliances, architecture, aircraft, etc. (3)

Thank you to the Jewish people who developed vaccines for Cholera and the Bubonic Plague. These diseases killed millions of people before a vaccine was developed. Jewish bacteriologist, Waldemar Haffkine, developed vaccines for both of these deadly plagues. Waldemar put his own life at risk in the development of these life-saving vaccines. He injected himself with these vaccines before anyone else was put at risk by a potentially harmful vaccine. (4)

Thank you to the Jewish people for the Polio vaccine. Jewish biologist, Karl Landsteiner, identified the cause of Polio in 1908. In 1955, Jonas Salk, the Jewish medical researcher, developed the first successful inactive Polio vaccine. He refused to patent the vaccine choosing to save lives rather than make a profit. (5)

Thank you to the Jewish people who founded Google. Larry Page and Sergey Brin are Jewish men who developed the Google computer search engine. It provides G-mail for millions of people. Many applications have developed from Google. Both Jewish founders endorse the company’s motto, “Don’t be evil”. (6)

Thank you to the Jewish writers who wrote the Scriptures. God chose to use Jewish men to write all of the Scriptures. Both the Old and New Testaments were originally written by Jewish men. People of the world would not know God’s written will if the Jews did not write it down. Jewish scribes preserved God’s Word by the power of God.

Thank you to our Jewish Saviour, Jesus. God chose for Jesus to be born Jewish, according to the flesh. Jesus came into the world to save both Jews and Gentiles.

Repent and believe on Jesus, the Jewish Saviour, before it is too late. Ask Jesus to save you from the penalty of your sins today.

Thanks to Jewish People

A Psalms of Thanksgiving

Psalms 100:1-5 “A Psalm of praise. Make a joyful noise unto the LORD, all ye lands. Serve the LORD with gladness: come before his presence with singing. Know ye that the LORD he is God: it is he that hath made us, and not we ourselves; we are his people, and the sheep of his pasture. Enter into his gates with thanksgiving, and into his courts with praise: be thankful unto him, and bless his name. For the LORD is good; his mercy is everlasting; and his truth endureth to all generations.”

10 Jewish Inventions That Changed the World

Copyright © 1997 – 2017 – HIBM All editorial comments, opinions, articles, video, and audio authored or written by Hope of Israel Baptist Mission, Inc. (HIBM) or by any of its affiliated/associated staff is copyrighted by HIBM, all rights reserved worldwide. The information on this site cannot be stored on BBS or Internet sites or otherwise used without written permission from HIBM. Articles may not be sold or placed by themselves or with other material in any electronic format for sale, but may be distributed free by e-mail or print media. They must be left intact and nothing removed or changed, including informational headers or footers. Any non-HIBM articles, videos, audio, etc. included in these postings or within this website (www.hopeofisrael.net) are copyrighted by their respective authors and permission must be granted accordingly by them. HIBM will not be responsible for any copyright infringements or misuse by others. HIBM does its best to reference all materials contained herein wherever possible, and otherwise abides by the Fair Use Act (17 USC 107 et seq.); however, in the unlikely case that credits are missing or information is inaccurate, we ask to be immediately notified of any needed corrections. Disclaimer: All opinions contained herein are not intended to offend or misrepresent any person or organization. Their purpose is to educate and tell readers about proper Biblical teachings about the issues of today, including factual supportive statements or Biblically-based rebuttals to contrary or false teachings, whether they be about the Bible, Israel, Christianity, Bible Doctrines and Customs, Prophecy, End-Times, and Biblical Moral Responsibilities. Use of embedded or excerpted articles, research, or quotes does not necessarily indicate endorsement of the author or organization. Standard disclaimers apply to all material on http://www.hopeofisrael.net. Email: webmaster@hopeofisrael.net. Hope Of Israel Baptist Mission, Inc., PO Box 1700 Powder Springs, GA 30127 USA

HELP US STAND WITH ISRAEL

We Stand For Israel Rally 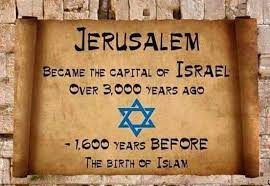