According to the Merriam-Webster dictionary, anti-Semitism is: “hostility toward or discrimination against Jews as a religious, ethnic, or racial group.” (1)

Many Arabs in the Promised Land of Israel would like to wipe the Jews off the face of the Earth. One of the anti-Semitic t-shirts endorsed by them says to “Free Palestine End Israeli Occupation.” By “free Palestine,” they mean to free Arab Muslims so that they can carry out terrorist acts against the Jews, who are rightfully on their own land. These Arab terrorists fail to acknowledge that they are the ones occupying the Promised Land that belongs to the Jews. Their continued actions are proof of their hatred for the Jews:

Arab, Muslim, Hamas terrorists used underground tunnels to murder innocent Jews in Israel. The estimated cost to build these tunnels is $30 million dollars. This money should have been used to buy food, build hospitals, and schools for the people of Gaza. This money could have gone a long way in freeing many Arabs from sickness and poverty, but instead, it was used to destroy the lives of many innocent Jews. See our article titled, “Terrorist Tunnels From Gaza To Israel!” part 1 located at: https://hopeofisrael.net/news/terrorist-tunnels-into-israel-denied-part-1/

These Arab terrorists would also like to have the freedom to blow up Jewish hospitals, which save their lives. One Muslim woman was freely treated in a Jewish hospital after her Muslim family burnt much of her skin off. She was invited to come back for follow up treatments at the outpatient clinic of the hospital in Beersheva. Her family later encouraged her to go to the hospital clinic that treated her so that she could blow it up with a suicide, belt bomb. She was caught before she had the chance to express her freedom to blow up the Jews who helped save her life. See our article titled, “Palestinian Terrorists Attack Jews!”  This article is located at: https://hopeofisrael.net/news/palestinian-terrorists-attack-jews/

It appears that these Muslim terrorists want to be free to blow up Jewish restaurants. In one of these attacks on a Jewish restaurant in Israel 19 people, including several infants, were murdered. See our article titled, “Palestinian Terrorists Attack Jews!”  This article is located at: https://hopeofisrael.net/news/palestinian-terrorists-attack-jews/

These Arab terrorists also want the freedom to bear arms. In an anti-Israel and anti-U.S. rally in 2002, a four-year-old boy Hussein Jarboo held an AK-47 assault rifle. He had a headband that read “Friends of Martyrs.”  See our article titled, “Palestinian Terrorists Attack Jews!”  This article is located at: https://hopeofisrael.net/news/palestinian-terrorists-attack-jews/

These Arab terrorists also want freedom to learn how to murder Jews. In a camp, devoted to terrorizing Jews, Arab, Muslim children, in kindergarten, are taught how to kill Jews with the goal of annihilating Israel. See our article titled, “Palestinian Terrorists Attack Jews!”  This article is located at: https://hopeofisrael.net/news/palestinian-terrorists-attack-jews/

It is un-American and illegal for Amazon to sell anti-Semitic products. The battle for the land in Israel is a religious battle. God promised the land of Israel to the Jews. But, many Arab squatters are using every deceitful method that they can to steal the land that God guaranteed to the Jews.

Genesis 17:18-21 “And Abraham said unto God, O that Ishmael might live before thee! 19 And God said, Sarah thy wife shall bear thee a son indeed; and thou shalt call his name Isaac: and I [God] will establish my covenant with him [Isaac] for an everlasting covenant, and with his seed after him. 20 And as for Ishmael, I have heard thee: Behold, I have blessed him, and will make him fruitful, and will multiply him exceedingly; twelve princes shall he beget, and I will make him a great nation. 21 But my covenant will I establish with Isaac, which Sarah shall bear unto thee at this set time in the next year.”

See also Numbers 34:1-12, Joshua 1:4, and Leviticus 25:23 for more details about the description of the Promised Land. Read our article titled, “Israel’s Biblical Land Deed!” This article is located at: https://hopeofisrael.net/news/israels-biblical-land-deed/

“In the 2nd century [AD], the Romans crushed the revolt of Shimon Bar Kokhba (132 [AD]), during which Jerusalem and Judea were regained and the area of Judea was renamed Palaestina in an attempt to minimize Jewish identification with the land of Israel.” (2)

It is the Jews who need to be free to possess the Promised Land. If anyone should have t-shirts about freedom, it should be the Jews. They could say: “Free Israel—End Illegal Arab Occupation.” As hard as the enemies of the Jews try to steal the Promised Land, God promises in His Word, the Bible, that a saved, Jewish remnant will possess all of the Promised Land during the Millennial Reign of Jesus. The Jews will finally be free to enjoy the Promised Land!

At the present time, many Jews are slaves to a damning religion of ceremony and religious works. But, God knows that many Jews will repent and believe on Jesus as their Saviour at the Second Coming of Jesus. Muslims are slaves to the false god, Allah. Their religious book, the Quran, demands that they murder in the name of their false god, Allah and their false prophet, Mohammad. They are willing to commit suicide for their false god. Their god wants them to die for him, but the God of the Bible, in the person of Jesus Christ, willingly died for all sinners.

Only Jesus can set both Jews and Muslims free. Each individual must repent of their sins and believe on Jesus as their Saviour to be set free. Ask Jesus to save you from the penalty of sin, in Hell. The “Free Palestine” products being sold are anti-Semitic. The freedom that the anti-Semitic, Palestinian products are promoting is a false freedom. But, Jesus can give those who repent and believe on Him true freedom.

John 8:31-37 “Then said Jesus to those Jews which believed on him, If ye continue in my word, then are ye my disciples indeed; 32 And ye shall know the truth, and the truth shall make you free. 33 They answered him, We be Abraham’s seed, and were never in bondage to any man: how sayest thou, Ye shall be made free? 34 Jesus answered them, Verily, verily, I say unto you, Whosoever committeth sin is the servant of sin. 35 And the servant abideth not in the house for ever: but the Son abideth ever. 36 If the Son therefore shall make you free, ye shall be free indeed. 37 I know that ye are Abraham’s seed; but ye seek to kill me, because my word hath no place in you.”

We ask that all of those who read this article to file complaints with Amazon, Walmart, and Sears about the sale of anti-Semitic “Free Palestine” products. We encourage pastors to have their whole church membership file individual complaints about the anti-Semitic materials that have been sold and that continue to be sold. In order to make sure the message against anti-Semitism gets through, we suggest that the leadership of these companies be reached in several different ways. Be sure to be Christ-like and courteous in your complaint, but be firm. Your complaint to these three major stores about anti-Semitic products will be appreciated by us.

Jeff Bezos is the head CEO of Amazon.com. His email is: jeff@amazon.com Make your email attention CEO Jeff Bezos.

You can also use twitter.com to send Jeff Bezos a complaint about their anti-Semitic products. Paste the following twitter address to reach Jeff Bezos:

When the twitter page opens, click “Tweet to Jeff Bezos” on the left top of the page. You can paste the suggested message below or write your own.

There are various places on Facebook that you can post complaints about Amazon products. The following is one of those places: amazon.com complaints forum

Here is a suggested complaint message that you can send Jeff Bezos: “Dear Sir: We are friends of Hope of Israel Baptist Mission Inc. on Facebook. We are very displeased about your decision to allow anti-Semitic products to be sold on Amazon.com. Amazon has no business selling products that promote political/religious policies against the Jews. The “Free Palestine” products sold on your Amazon site will very likely cause religious hatred toward the Jews. If you do not stop the selling of these anti-Semitic products immediately, we will encourage a vast number of people to boycott all products sold by Amazon.com. Thanks!”

You can write to Jeff Bezos of Amazon.com at the following address:

Phone Amazon Headquarters at: 206-266-1000 When the automated system answers, press 1 for customer service or 0 for the receptionist. Leave a complaint here for Jeff Bezos about their “Free Palestine” anti-Semitic products being sold.

Here is the contact information to let Walmart leadership know that you are displeased with their past sales of anti-Semitic “Free Palestine” products. You can use information from the suggested complaint message above. Gregory Foran is the head CEO of Walmart in the United States. You can Email Gregory at: Greg.Foran@wal-mart.com Doug McMillon is the head CEO of international Walmarts. You can email Doug at: Doug.McMillon@wal-mart.com Make your emails attention Gregory Foran and Doug McMillon.

The address to send a complaint to Walmart CEO Gregory Foran or CEO Doug McMillon is:

Phone Walmart Headquarters at: 479-273-4800 Leave a complaint here for CEO Gregory Foran or CEO Doug McMillon about their “Free Palestine” anti-Semitic products that were sold in the past.

Here is the contact information to let the leadership of Sears know that you are displeased with their past sales of anti-Semitic “Free Palestine” products. You can use information from the suggested complaint message above. Edward Lampert is the head CEO of Sears. You can email Edward Lampert at: contact@searsholding.com Make your email attention CEO Edward Lampert.

Phone Sears Headquarters at: 847-286-2800 Leave a complaint here for CEO Edward Lampert about their “Free Palestine” anti-Semitic products that were sold in the past.

Israel: Origins of the Name “Palestine”

Copyright © 1997 – 2017 – HIBM All editorial comments, opinions, articles, video, and audio authored or written by Hope of Israel Baptist Mission, Inc. (HIBM) or by any of its affiliated/associated staff is copyrighted by HIBM, all rights reserved worldwide. The information on this site cannot be stored on BBS or Internet sites or otherwise used without written permission from HIBM. Articles may not be sold or placed by themselves or with other material in any electronic format for sale, but may be distributed free by e-mail or print media. They must be left intact and nothing removed or changed, including informational headers or footers. Any non-HIBM articles, videos, audio, etc. included in these postings or within this website (www.hopeofisrael.net) are copyrighted by their respective authors and permission must be granted accordingly by them. HIBM will not be responsible for any copyright infringements or misuse by others. HIBM does its best to reference all materials contained herein wherever possible, and otherwise abides by the Fair Use Act (17 USC 107 et seq.); however, in the unlikely case that credits are missing or information is inaccurate, we ask to be immediately notified of any needed corrections. Disclaimer: All opinions contained herein are not intended to offend or misrepresent any person or organization. Their purpose is to educate and tell readers about proper Biblical teachings about the issues of today, including factual supportive statements or Biblically-based rebuttals to contrary or false teachings, whether they be about the Bible, Israel, Christianity, Bible Doctrines and Customs, Prophecy, End-Times, and Biblical Moral Responsibilities. Use of embedded or excerpted articles, research, or quotes does not necessarily indicate endorsement of the author or organization. Standard disclaimers apply to all material on http://www.hopeofisrael.net. Email: webmaster@hopeofisrael.net. Hope Of Israel Baptist Mission, Inc., PO Box 1700 Powder Springs, GA 30127 USA

Boycotts Against Israel Is Evil 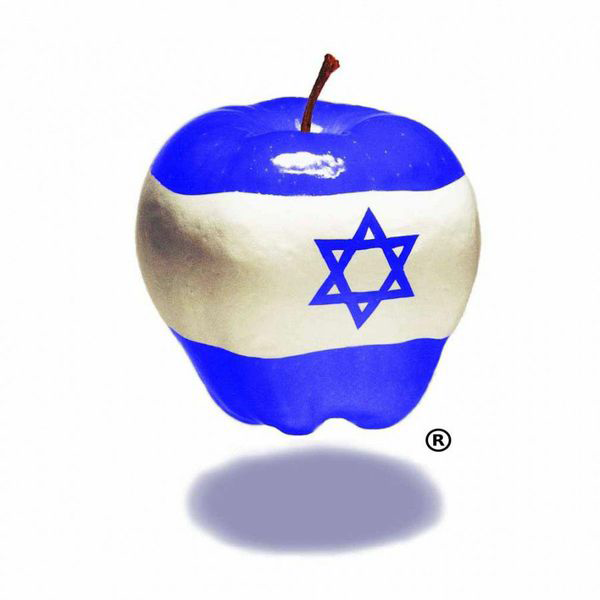