Chicago (AP) – A would-be terrorist tries to board a plane, bent on mass murder. As he walks through a security checkpoint, fidgeting and glancing around, a network of high-tech machines analyzes his body language and reads his mind. Screeners pull him aside. Tragedy is averted.

As far-fetched as that sounds, systems that aim to get inside an evildoer’s head are among the proposals floated by security experts thinking beyond the X-ray machines and metal detectors used on millions of passengers and bags each year. On Thursday, in the wake of the Christmas Day bombing attempt over Detroit, President Barack Obama called on Homeland Security and the Energy Department to develop better screening technology, warning: “In the never-ending race to protect our country, we have to stay one step ahead of a nimble adversary.”

The ideas that have been offered by security experts for staying one step ahead include highly sophisticated sensors, more intensive interrogations of travelers by screeners trained in human behavior, and a lifting of the U.S. prohibitions against profiling. Some of the more unusual ideas are already being tested. Some aren’t being given any serious consideration. Many raise troubling questions about civil liberties. All are costly. “Regulators need to accept that the current approach is outdated,” said Philip Baum, editor of the London-based magazine Aviation Security International. “It may have responded to the threats of the 1960s, but it doesn’t respond to the threats of the 21st century.”

Here’s a look at some of the ideas that could shape the future of airline security:

The aim of one company that blends high technology and behavioral psychology is hinted at in its name, WeCU — as in “We See You.” The system that Israeli-based WeCU Technologies has devised and is testing in Israel projects images onto airport screens, such as symbols associated with a certain terrorist group or some other image only a would-be terrorist would recognize, said company CEO Ehud Givon. The logic is that people can’t help reacting, even if only subtly, to familiar images that suddenly appear in unfamiliar places. If you strolled through an airport and saw a picture of your mother, Givon explained, you couldn’t help but respond. The reaction could be a darting of the eyes, an increased heartbeat, a nervous twitch or faster breathing, he said. The WeCU system would use humans to do some of the observing but would rely mostly on hidden cameras or sensors that can detect a slight rise in body temperature and heart rate. Far more sensitive devices under development that can take such measurements from a distance would be incorporated later. If the sensors picked up a suspicious reaction, the traveler could be pulled out of line for further screening. “One by one, you can screen out from the flow of people those with specific malicious intent,” Givon said.

Some critics have expressed horror at the approach, calling it Orwellian and akin to “brain fingerprinting.” For civil libertarians, attempting to read a person’s thoughts comes uncomfortably close to the future world depicted in the movie “Minority Report,” where a policeman played by Tom Cruise targets people for “precrimes,”or merely thinking about breaking the law.

One system being studied by Homeland Security is called the Future Attribute Screening Technology, or FAST, and works like a souped-up polygraph. It would subject people pulled aside for additional screening to a battery of tests, including scans of facial movements and pupil dilation, for signs of deception. Small platforms similar to the balancing boards used in the Nintendo Wii would help detect fidgeting. At a public demonstration of the system in Boston last year, project manager Robert Burns explained that people who harbor ill will display involuntary physiological reactions that others — such as those who are stressed out forordinary reasons, such as being late for a plane — don’t.

The system could be made to work passively, scanning people as they walk through a security line, according to Burns. Field testing of the system, which will cost around $20 million to develop, could begin in 2011, The Boston Globe said in a story about the demonstration. Addressing one concern of civil libertarians, Burns said the technology would delete data after each screening.

Some say the U.S. should take a page from Israel’s book on security. At Israeli airports, widely considered the most secure in the world, travelers are subjected to probing personal questions as screeners look them straight in the eye for signs of deception. Searches are meticulous, with screeners often scrutinizing every item in a bag, unfolding socks, squeezing toothpaste and flipping through books.

“All must look to Israel and learn from them. This is not a post-911 thing for them. They’ve been doing this since 1956,” said Michael Goldberg, president of New York-based IDO Security Inc., which developed a device that can scan shoes while they are still on people’s feet.

Israel also employs profiling: At Ben-Gurion Airport, Jewish Israelis typically pass through smoothly, while others may be taken aside for closer interrogation or even strip searches. Another distinquishing feature of Israeli airports is that they rely on concentric security rings that start miles from terminal buildings.

Rafi Ron, the former security director at Israel’s famously tight Ben Gurion International Airport who now is a consultant for Boston’s Logan International Airport, says U.S. airports also need to be careful not to overcommit to securing passenger entry points at airports, forgetting about the rest of the field. “Don’t invest all your efforts on the front door and leave the back door open,” said Ron. While many experts agree the United States could adopt some Israeli methods, few believe the overall model would work here, in part because of the sheer number of U.S. airports — more than 400, versus half a dozen in Israel.

Also, the painstaking searches and interrogations would create delays that could bring U.S. air traffic to a standstill. And many Americans would find the often intrusive and intimidating Israeli approach repugnant.

Some argue that policies against profiling undermine security. Baum, who is also managing director of Green Light Limited, a London-based aviation security company, agrees profiling based on race and religion is counterproductive and should be avoided. But he argues that a reluctance to distinguish travelers on other grounds — such as their general appearance or their mannerisms — is not only foolhardy but dangerous.

“When you see a typical family — dressed like a family, acts like a family, interacts with each other like a family … when their passport details match — then let’s get them through,” he said. “Stop wasting time that would be much better spent screening the people that we’ve get more concerns about.”

U.S. authorities prohibit profiling of passengers based on ethnicity, religion or national origin. Current procedures call for travelers to be randomly pulled out of line for further screening.

Scrutinizing 80-year-old grandmothers or students because they might be carrying school scissors can defy common sense, Baum said.

“We need to use the human brain — which is the best technology of them all,” he said.But any move to relax prohibitions against profiling in the U.S. would surely trigger fierce resistance, including legal challenges by privacy advocates.

What if security were left to somebody other than the federal government? Jim Harper, director of information policy studies at the Washington-based Cato Institute, a free-market-oriented think tank, says airlines should be allowed take charge of security at airports.

Especially since 9/11, the trend has been toward standardizing security procedures to ensure all airports follow the best practices. But Harper argues that decentralizing the responsibility would result in a mix of approaches — thereby making it harder for terrorists to use a single template in planning attacks.

“Passengers, too, prefer a uniform experience,” he said. “But that’s not necessarily the best security. It’s better if sometimes we take your laptop out, sometimes we’ll pat you down. Those are things that will really drive a terrorist batty — as if they’re not batty already.”

Harper concedes that privatizing airport security is probably wishful thinking, and the idea has not gotten any traction. He acknowledges it would be difficult to allay fears of gaping security holes if it were left to each airline or airport owner to decide its own approach.

New DVD on the Tabernacle Mysteries 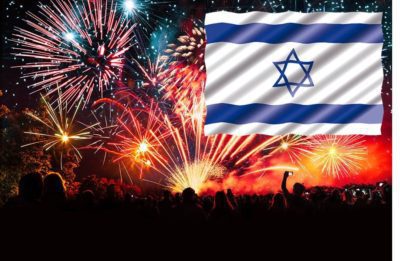 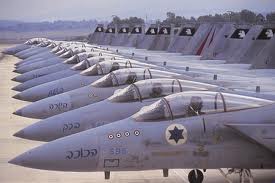